It is estimated that just over 53,000 vaginal rejuvenation surgeries were done in 2009. While there are no exact figures available on a year by year basis, it is suggested that these surgeries are growing in popularity as women are able to make more informed decisions about their bodies and the changes that they wish to make. There are those vaginal rejuvenation surgeries that are performed as a result of medical conditions, such as cancer or traumatic pregnancy and delivery, you may choose to get one or more procedures done that may not necessarily involve a serious medical condition.

Here are a few reasons why a vaginal rejuvenation surgery may be just what the doctor ordered for you.

What's in a look

Depending on the culture you are from, a particular look of the external vagina may be more appealing. For example, having the "winged butterfly" effect of a small labia is considered sexy in Japan, while a protruding inner labia that extends beyond the outer labia may be more desirable from an African culture. However, since Western culture seems more particular to a trimmed inner labia that may be the look you wish to go. Regardless of the look that you are going for, it is possible to be achieved through a labiaplasty.

While some may blame the prevalence of pornography or the revealing nature of the Brazilian wax in making women feel more insecure about their feminine parts, the fact remains that if you are uncomfortable with the way that your vagina looks then you can certainly get it adjusted for a cost of between $1,500 and $6,000.

Function at its best

The function of the vagina can be compromised due to the size of the labia, the elasticity of the vaginal muscle and even the amount of tissue that is present there. These issues can lead to problems such as lack of sexual fulfillment and enjoyment, urinary incontinence or even discomfort while wear clothing. The size of the inner labia protruding past the outer labia can make it difficult to exercise, wear clothing or it can even get pushed into the vagina during sexual intercourse making it uncomfortable or even painful. The clitoris can be covered by extra tissue that can result in lack of adequate sexual stimulation and reduced enjoyment.

These can be addressed with a labiaplasty, vaginoplasty or hoodectomy. At a cost of about $4,500 to $8,500 the vagina can be tightened through a vaginoplasty while a hoodectomy can remove extra tissue from over the clitoris to make it more accessible. That procedure is about $2,500. Contact a surgeon who specializes in cosmetic services in your area for more information. 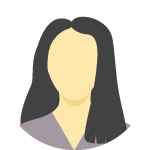 About a year ago, I realized that I was really starting to look my age. I had sagging skin, loads of wrinkles, and age spots galore. It was embarrassing, so I decided to meet with a cosmetic surgeon to help me to troubleshoot my appearance. They were a lot of help. They went through, told me all of my options, and worked hard to give me the look that I used to have. This blog is for anyone out there who has ever considered plastic surgery. With the help of your doctor, you can look like yourself again and feel a lot younger.